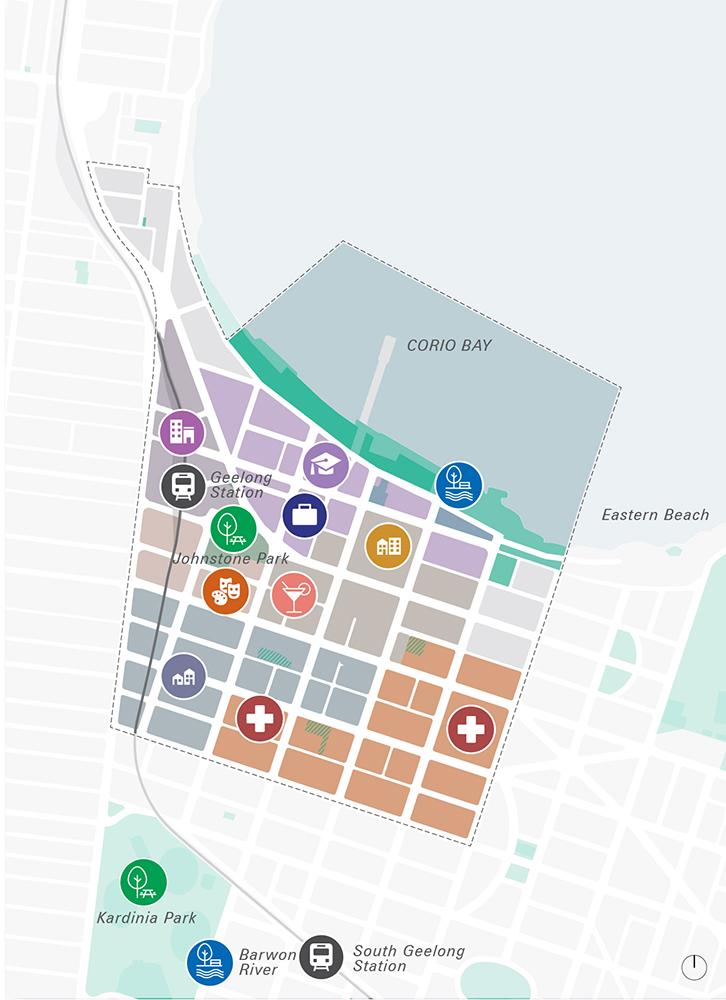 As one of Australia’s fastest growing cities, Geelong needed high-level guidance on how to create jobs and drive growth while retaining vibrancy, beauty and liveability. We were invited by DELWP to co-deliver a new Central Geelong Framework Plan (CGFP), including a Structure Plan and Urban Design Guidelines, to shape Victoria’s second largest city for the next 30 years.

Our approach outlines an ambitious vision, giving industry certainty so it can plan and invest, and the community confidence Geelong will become an even better place to live, work and visit in the future. We detail strategic contexts to help unlock Central Geelong’s potential as a “living city”, able to adeptly manage governance and burgeoning transport, housing and services while fostering transformation and design excellence.

Working with SGS Economics, we projected the land use and development requirements for a growing Central Geelong, assigning new building heights and characters to seven unique emerging precincts.

MGS Director Rob McGauran discuss the draft CGFP and what it means for Central Geelong. Hosted by Diana Taylor, Chair of the Geelong Authority.

ABC News: Thinking of moving to Geelong? This framework will set the future of the city 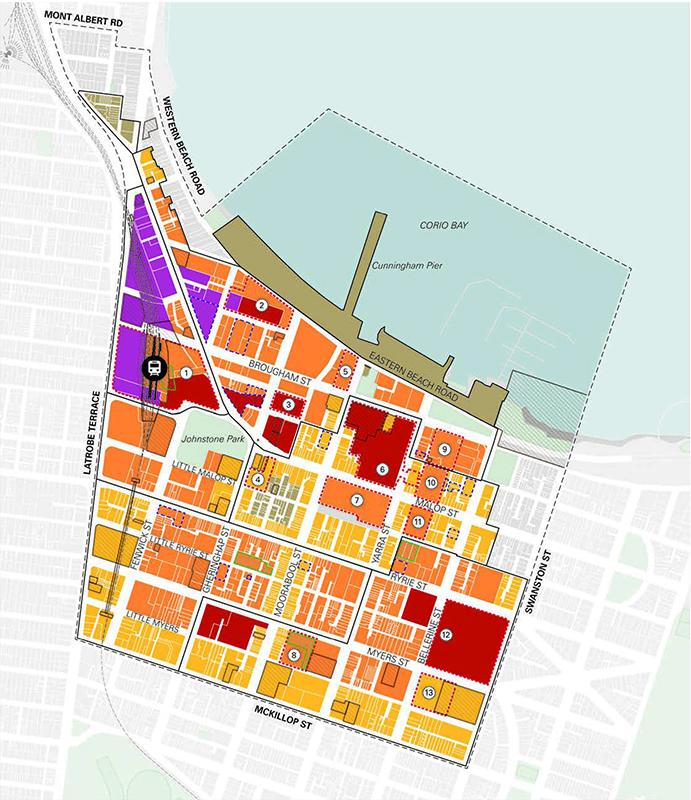 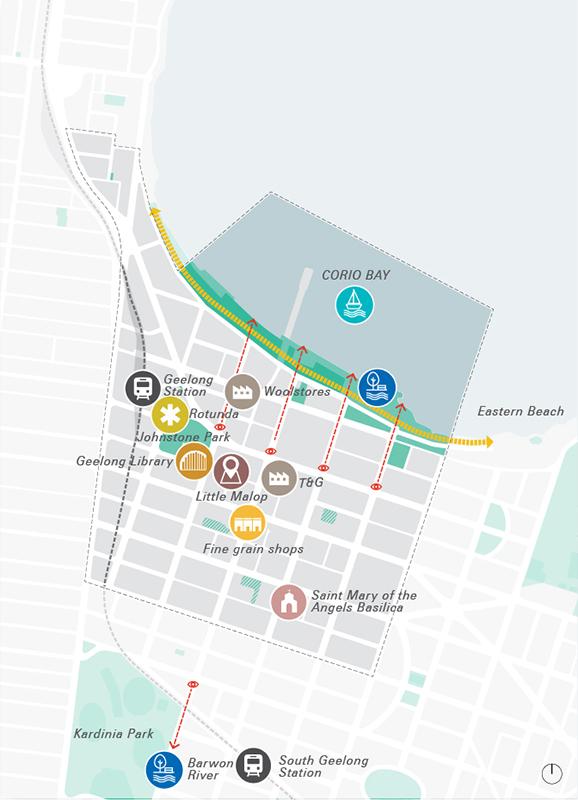 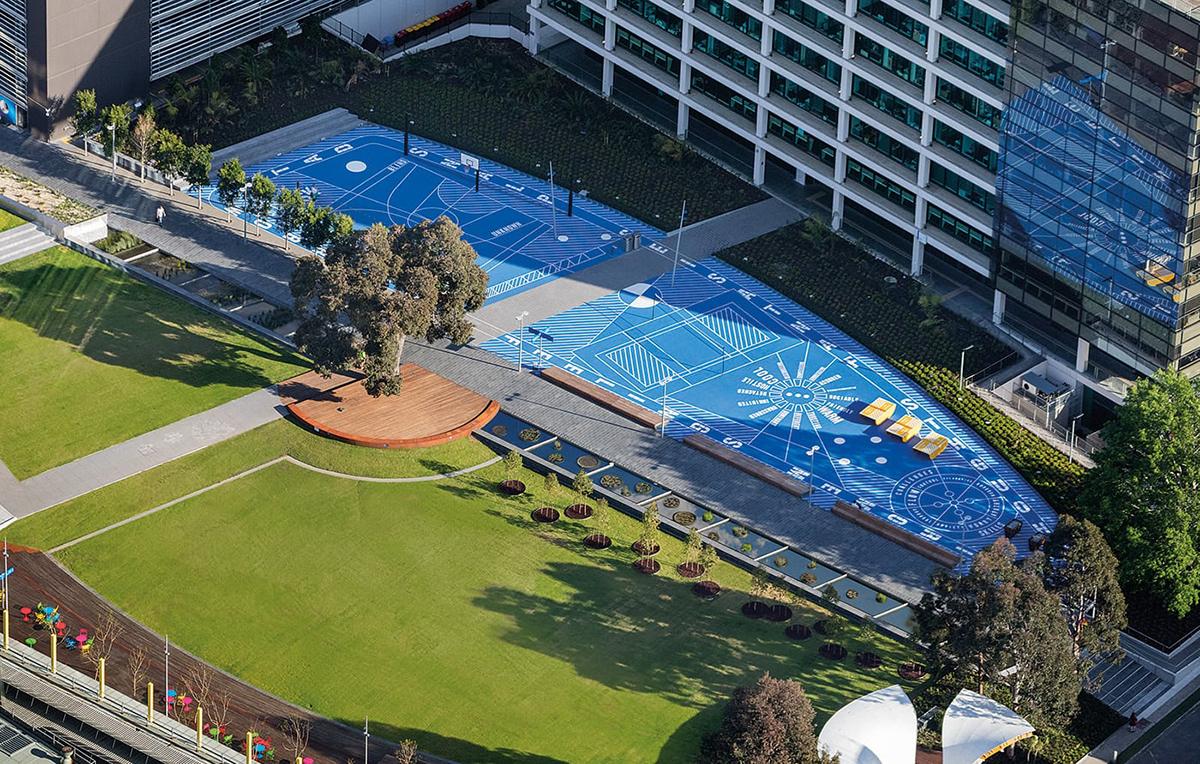 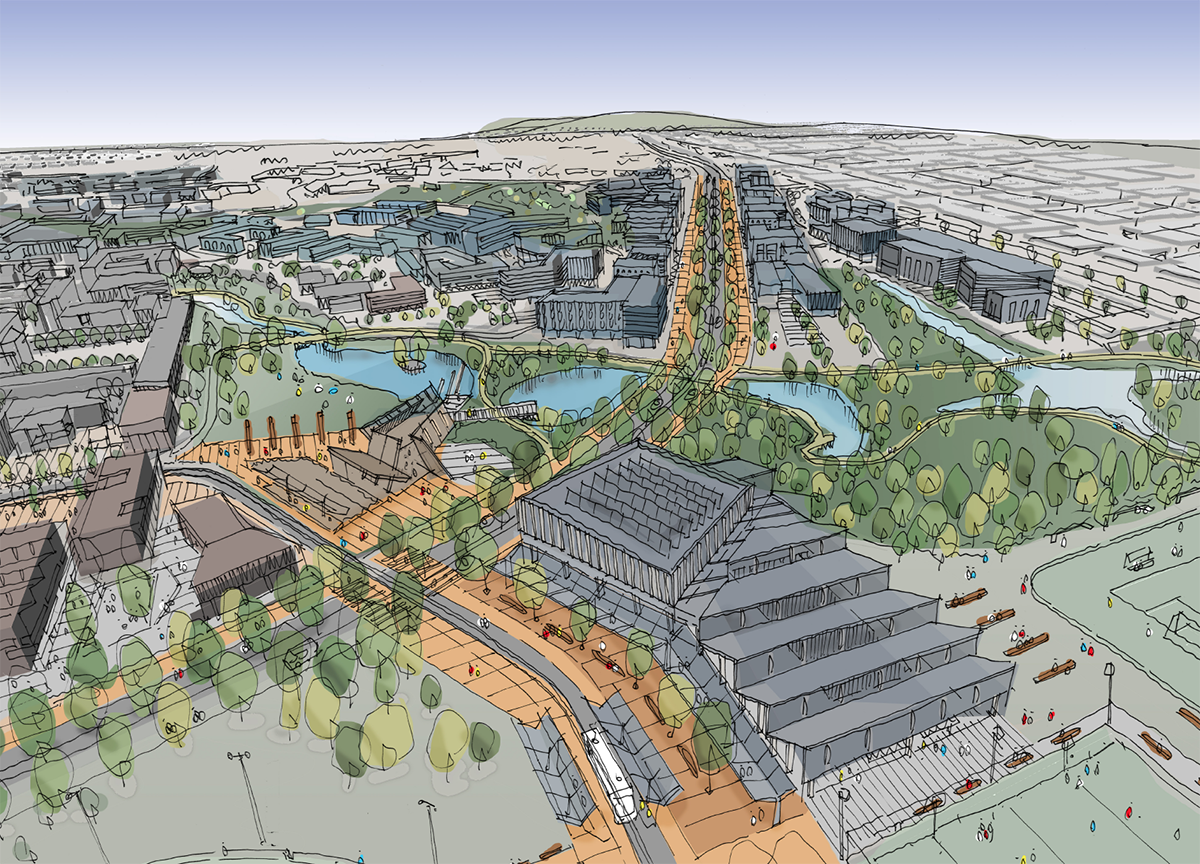 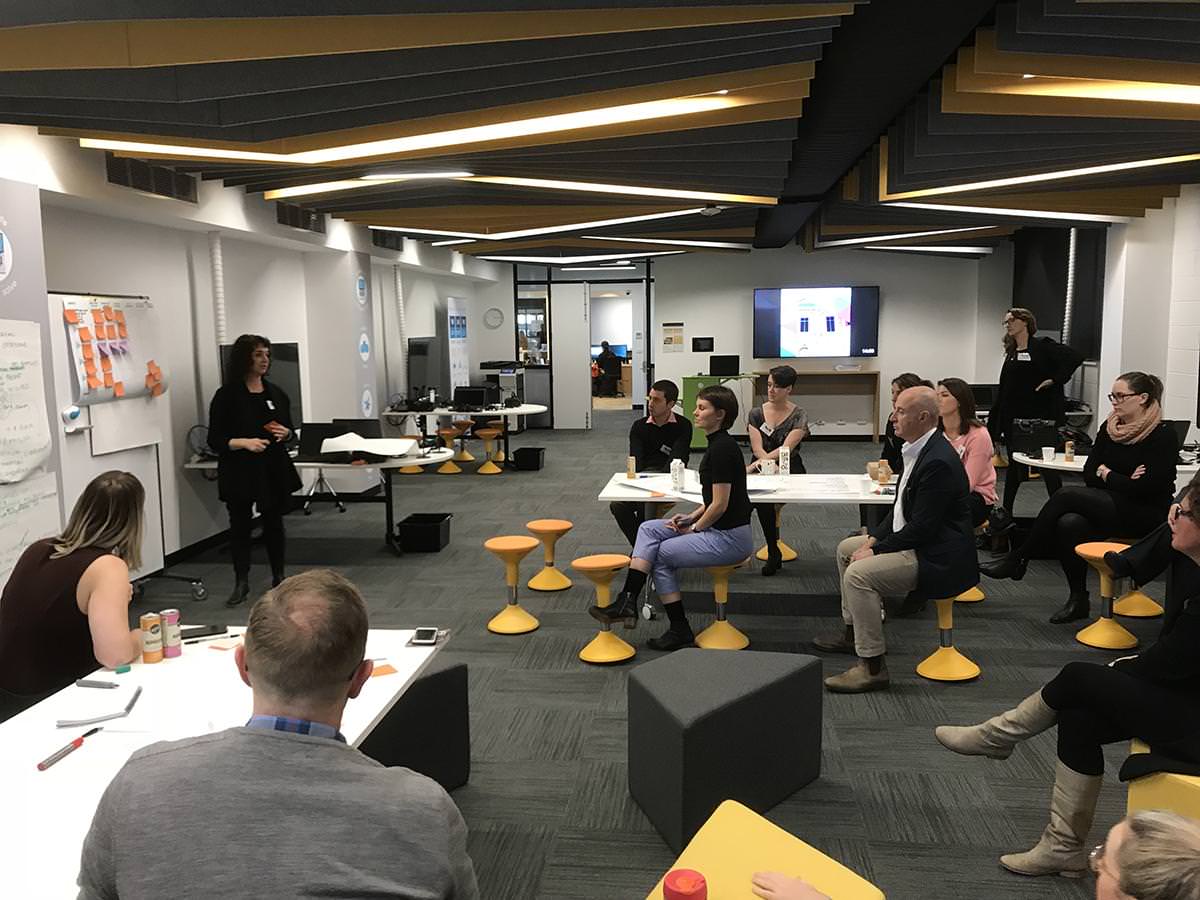